Following in Our Founders’ Footsteps

The last 175 years have seen monumental changes in the agriculture industry as farmers pushed the limits of technology, science and machinery to feed growing populations around the world. Daniel Massey established his machine shop in 1847, when horsepower still had four legs. Since then, his company has continued to push agricultural equipment innovation by following in his footsteps. Today’s Massey Ferguson equipment looks a whole lot different than the industrially manufactured plows, harrows and cultivators coming out of the original shop. Take a peek under the hood, though, and you’ll see the same commitment to straightforward, dependable farming solutions that have kept us at the forefront of the industry for well over a century.

The three men who set Massey Ferguson on this path shared a singular goal — provide the practical, cutting-edge agricultural tools farmers need. Each had a strong connection to the land that drove them to innovate and accelerate the agricultural industry, to make farming more productive, more sustainable and more accessible. This is their legacy. 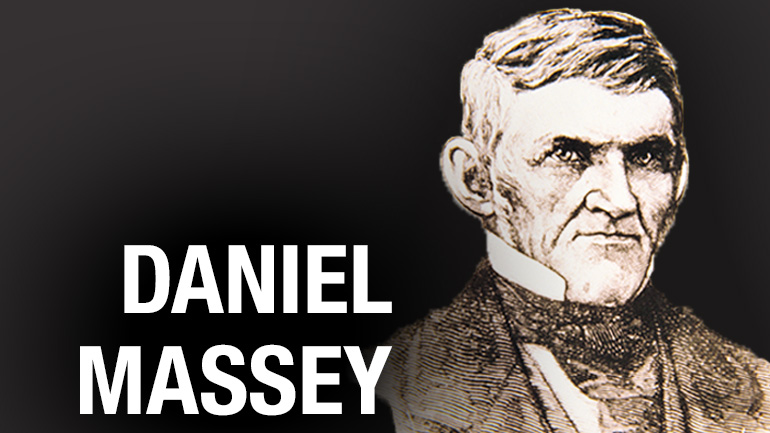 Growing up on a Canadian farm in the early 1800s, Daniel Massey understood the blood, sweat and tears every farmer sacrifices for a successful crop. He worked hard to grow his operation from 200 acres to 1,200. His efforts to sustain productivity and profitability with each additional acre opened his eyes to the possibilities of industrially manufactured farm tools. He turned his attention to mass producing durable agricultural implements that were more accessible and provided a faster return on investment.

In 1851, Hart Almerrin Massey took over from his father. It was a golden era for Canadian wheat farmers as new transportation routes opened up transatlantic opportunities. High-quality Canadian implements were in high demand. As a leader in Canadian agricultural manufacturing, Massey harvesting equipment was selected for display at an international industrial exhibition in 1867. It won the gold medal and the company’s first international export order. Massey Manufacturing Company was now a global brand. 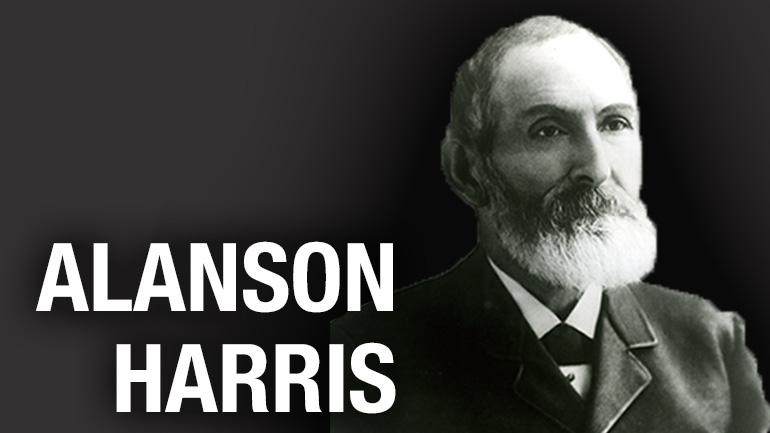 As Daniel Massey set up shop on the shores of Lake Ontario, Alanson Harris was clearing his own path to better agriculture. Harris founded a steam-powered sawmill with an adjacent mechanical workshop in Beamsville, Ontario. Together with his son John, Harris began manufacturing straightforward, dependable farm equipment. John even took it upon himself to travel with the grain harvest from Texas to Canada, collecting the challenges of farmers along the way. The result was the Brantford self-tying binder.

In 1891, Massey Manufacturing Company and A. Harris and Son came together to form Massey-Harris Company, Ltd. The merger streamlined product lines, offering the best of both companies while cutting production and distribution costs. Savings were passed on to the farmers, making Massey-Harris equipment accessible to farmers around the globe. The company continued to grow, keeping farmers at the heart of operations. By 1893, Massey-Harris offered a full line of farming solutions for each step in the farming process. Additionally, it was the first company to sell agricultural products on a global scale, establishing it as a worldwide brand recognized for straightforward, dependable farm machines — a distinction we still hold today. 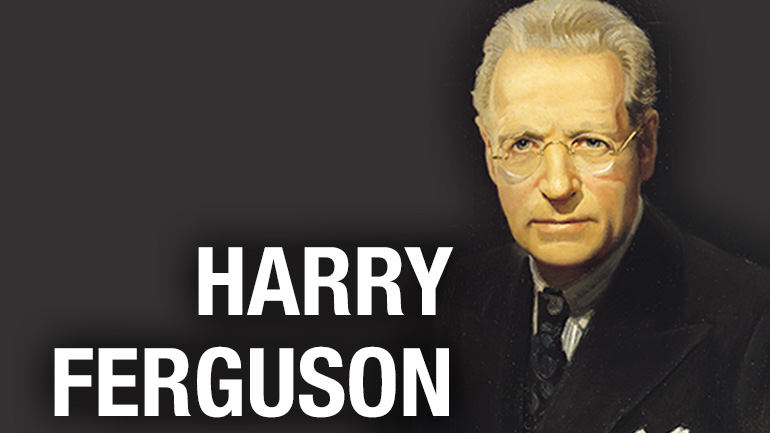 Massey-Harris followed the pioneering footsteps of its founders, providing innovative solutions to the challenges farmers faced in the field and in the farmyard. However, it was Harry Ferguson, an Irish engineer and inventor, who would revolutionize agriculture and cement Massey’s place in the industry.

As WWI shifted agricultural practices in Ireland and the United Kingdom, Ferguson found himself behind the wheel of an American Waterloo Boy tractor. His keen mechanical mind quickly realized serious shortcomings in available tractor technology. Like Massey and Harris before him, Ferguson looked to provide a better farming solution. He saw an opportunity to utilize the weight of soil on top of the plow to improve tractor pull. Eventually, his Ferguson System would revolutionize farming. Through smarter mechanics, farmers could increase productivity and efficiency while using lighter, more agile tractors.

Ferguson’s 3-point hitch system became a staple in the industry. Its straightforward design makes it easier to switch out implements, offering increased versatility with less work for the farmer.

Beauty in engineering is that which exactly fulfills its purpose and has no superfluous parts. – Harry Ferguson

In 1953, Ferguson joined with Massey-Harris. The company would eventually become known as Massey Ferguson. From our humble beginnings in 1847 to today, Massey Ferguson remains dedicated to providing ideal farming solutions — the right equipment at the right price — for every farming operation. We’ve kept true to the spirit of innovation and dependable, straightforward equipment set out by our founders.

As North American ag continues to evolve, so will our products. Our newest tractor, the award-winning Massey Ferguson 8S Series, is the direct result of our focus on the unique challenges of today’s farmer. And there’s more to come.

We’re excited to celebrate 175 years of farmer-focused innovation with Massey Ferguson operators across the globe.

For the latest news from Massey Ferguson products and applications, contact your local dealer today.