Testimonials
3rd May 2021
Fourth generation MF users stay with quality...and service
Members of Simon Bierton's family have been farming the land that is Perio Barn Farm, at Fotheringhay, near Oundle, Northants, for many years.

Today, much of the 450 acres of generally heavy soils, on gently sloping terrain, is devoted to growing crops of winter and spring wheat, with the remainder used for grass leys or are down to permanent pasture.

Traditionally, the farm has depended on Massey Ferguson tractors – and for much of its machinery needs. In fact, in times gone by, Simon's grandfather used to test engines for Perkins from its factory at nearby Peterborough.

Today, however, the farm's power line-up looks like this: a MF 7618, a MF 7718S and a MF 390T, so it's no surprise that this loyalty to the brand extends to the machines that go behind them. 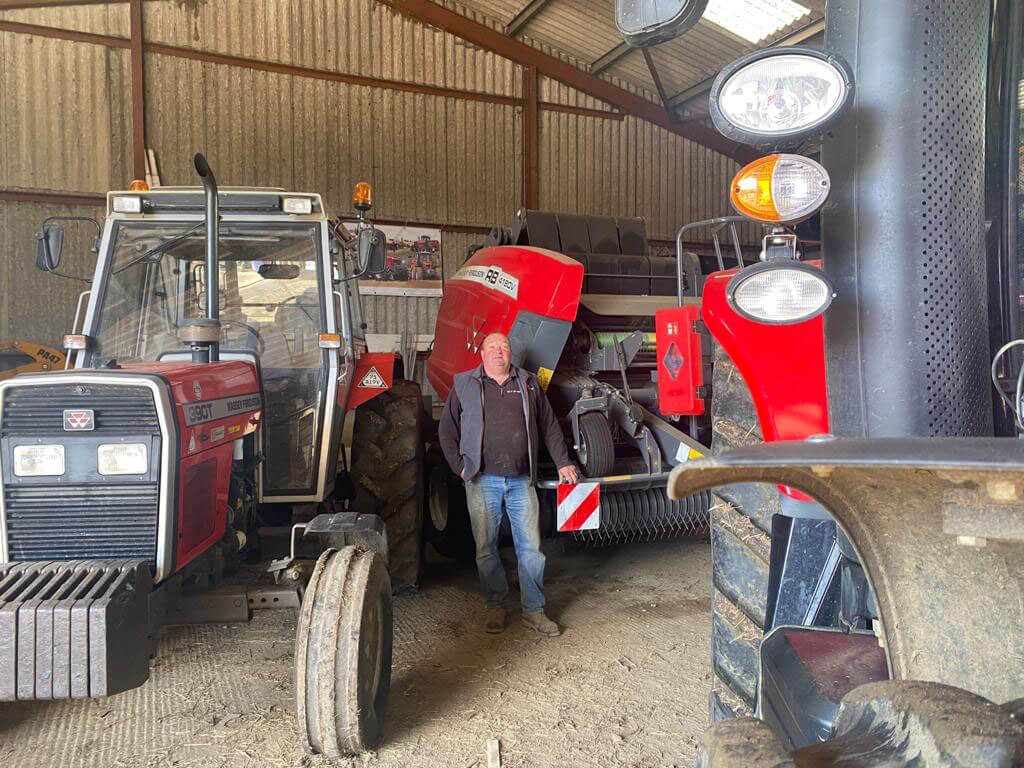 Hay and grass represent a significant proportion of the farm's output, where the production process is boosted by the presence of a MF TD 868 tedder – with a working width of 8.6 metres one of the largest models in the range. This machine has eight rotors and six tine arms per rotor, and is approaching its third season at Perio Barn Farm.

The tedding process hereabouts is followed by a MF RB 4180 V large round baler, the performance of which has also impressed Simon since its arrival on the farm last year. The only issue he has with the machine is the absence of a fire extinguisher, an item that's standard on MF square balers.

However, just as important as the equipment, in his view, is the performance and commitment that comes from the supplying dealership – which, in Simon's case, is the Chandlers' depot at Barnack, near Stamford. His main point of contact there is Malcolm Smith. “Nine times out of 10, Malcolm will provide the solution to a problem within two hours of calling him,” Simon states.

“The quality of the service delivered by the dealer is a significant factor when comes to staying loyal to Massey Ferguson,” he adds, “but it helps that I've always liked the colour!”