Testimonials
14th February 2022
Nigel Denford
"The 5711M was ideal for all the work we had for it, and the price was competitive too."

A north Cornwall-based farmer who replaced a competitor brand tractor with his first Massey Ferguson last year says he is unlikely to buy any other make in future.

Nigel Denford farms at Hellecott, near Launceston. His mixed farming enterprise includes 30ha acres of owned land which was purchased and farmed previously by his father, and 15ha which is rented. Most is grass which provides grazing and fodder for a 70-head spring-calving, beef suckler herd, and arable crops are also grown including oats which are in the rotation this year.

The farm’s fleet of three tractors includes two older machines which perform general yard tasks including scraping the cattle pens, and occasional light-duty field work during busy periods. “We had dairy cattle on a separate holding many years ago which required a sizeable tractor fleet of various makes,” explained Nigel. “When we gave up dairying there was a reduced labour and tractor requirement and now we rely on just one modern tractor with a front loader.”

Until last year, a succession of tractors of one brand had been supplied by a local dealer. “The tractors did what was needed, and the dealer looked after us well,” explained Nigel. “Every few years the tractor was updated to ensure continued reliability.”

In December 2020, Nigel saw the latest Massey Ferguson 5711 M advertised, and he was impressed. “I liked the look of it but thought that the cost to change from my existing tractor would be too much to justify,” he explained. “I hadn’t dealt with my local Massey Ferguson dealer, Alan Snow Agricultural Engineers (Launceston) Ltd previously apart from buying parts many years before, but the dealer team has an excellent reputation in our area.

In February 2021 I visited the depot and looked around a 5711 M which was in the yard. For a 115hp tractor it was quite compact which is essential for working in our traditional livestock buildings, and it had many useful features which are usually only available on larger models. The optional Dyna-4 semi-powershift transmission was also attractive and I felt its flexibility and ease of use could offer advantages.

At the time of Nigel’s visit Area Sales Representative, Alan Lake was out of the yard, but he called on his return and agreed to visit Nigel the following morning. “He arrived at 8.30, and by 8.45 we had shaken hands on a deal,” said Nigel. “The 5711 M was ideal for all the work we had for it, and the price was surprisingly competitive too.” 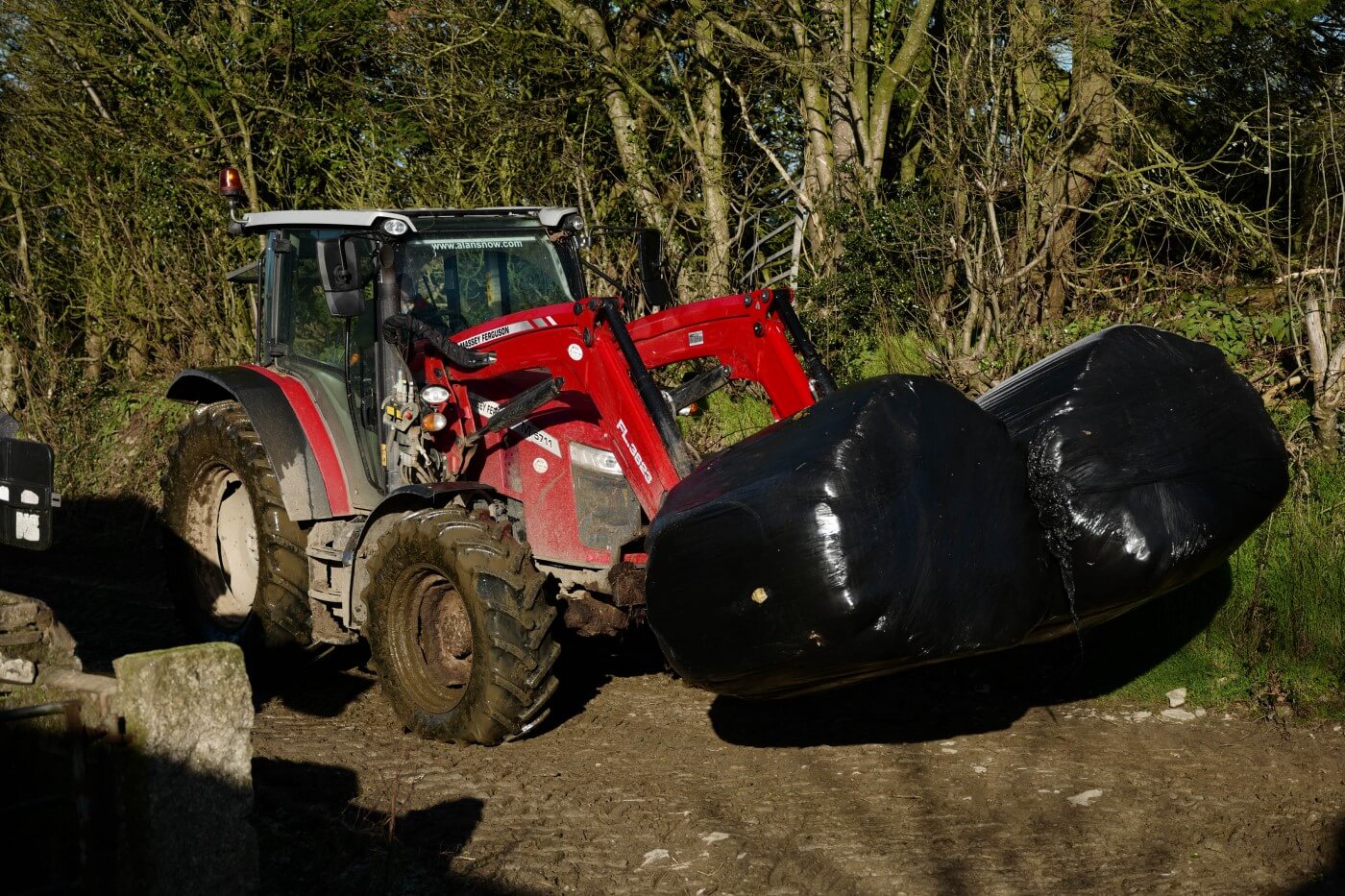 The new tractor arrived in May 2021, and did the mowing, tedding, and baling, then loaded, transported, and stacked bales during the grass harvesting season. Haylage bales are made - most of which are sold, and Nigel also offers a baling contracting service for other local farmers.

“Whether I am in and out of the cab doing yard work, or spending all day in the seat during harvest, the extra comfort makes a considerable difference and the all-around vision is excellent. The Dyna-4 transmission is easy to use and very versatile, and being able to change gear using either the T-lever or the Power Control Lever was a big advantage. For loader work and baling, the Brake-to-neutral function is very handy. Being able to stop the tractor using only the brake pedal improves comfort and efficiency.”

Another advantage over the previous tractor is the optional twin-pump hydraulic system which supplies up to 100 litres/min of oil flow. “Loader cycle times are quicker, and that makes a big difference as we make approximately 1,400 bales per year, all of which have to be handled several times. Tasks such as mucking out, and loading the spreader are quicker too, and the trailer tips more quickly.”

In its first nine months on the farm, the 5711 M worked 750 hours, and was expected to record 900–1,000 hours by the time it had been there a year. “Despite being more efficient, it’s worked more hours than we had expected, but that’s only because I use it in preference to the other two tractors whenever possible,” continued Nigel. “We have had only one problem since it arrived and that was the air conditioning pump, and the team from Alan Snow fitted the replacement quickly.”

Good visibility and a tight turning circle are essential for operating in Nigel’s traditional livestock buildings.

“The baler we selected has a chopper which has made a big difference to the amount of silage we use. Feeding chopped silage - the cattle only pull out a mouthful at a time, rather than longer clumps which are trampled into the ground. Most of what we bale is haylage for cattle, but we also baled some green silage for a neighbour, and it did a great job.” 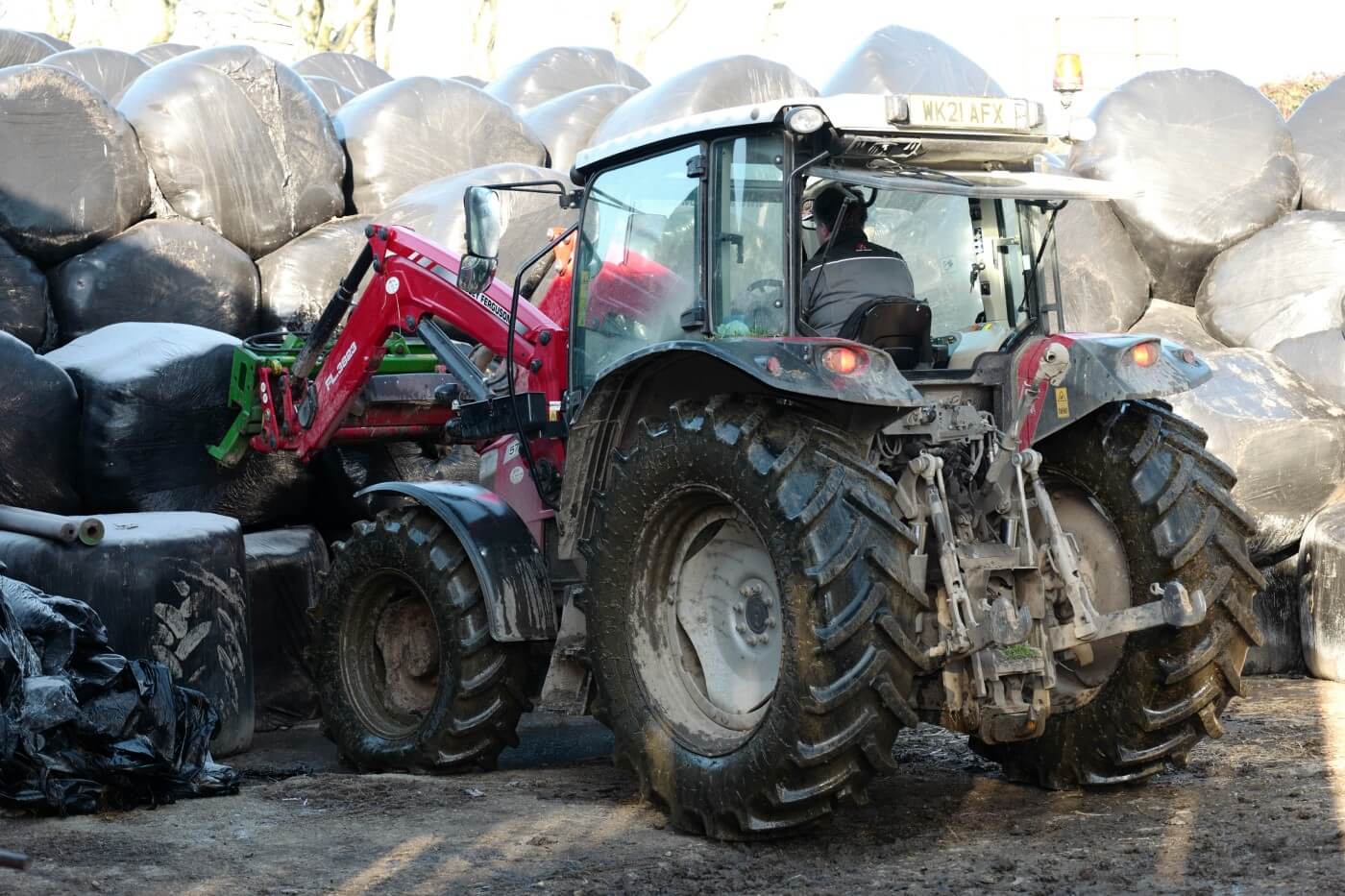 For loader work, features including a 100 litres/min twin-pump hydraulic system and being able to stop without using the clutch just by pressing the brake pedal result in fast cycle times.

Plenty of power and features

Nigel says the 5711 M is ideal for his farm. “It has plenty of power and lots of features which improve operator comfort and productivity,” he said. “It lifts and pulls our 4f reversible plough with ease, and I think that with some extra ballast it would handle five furrows on our land.

“When we are contract baling we travel up to 12 miles from our base. This tractor is much more comfortable than the previous machine, although I might also specify cab suspension next time for an even better ride.

“I’m very impressed with the tractor as well as the service so far from the Alan Snow team, and I’m confident that next time we change it will be for another Massey Ferguson from the same dealer.” 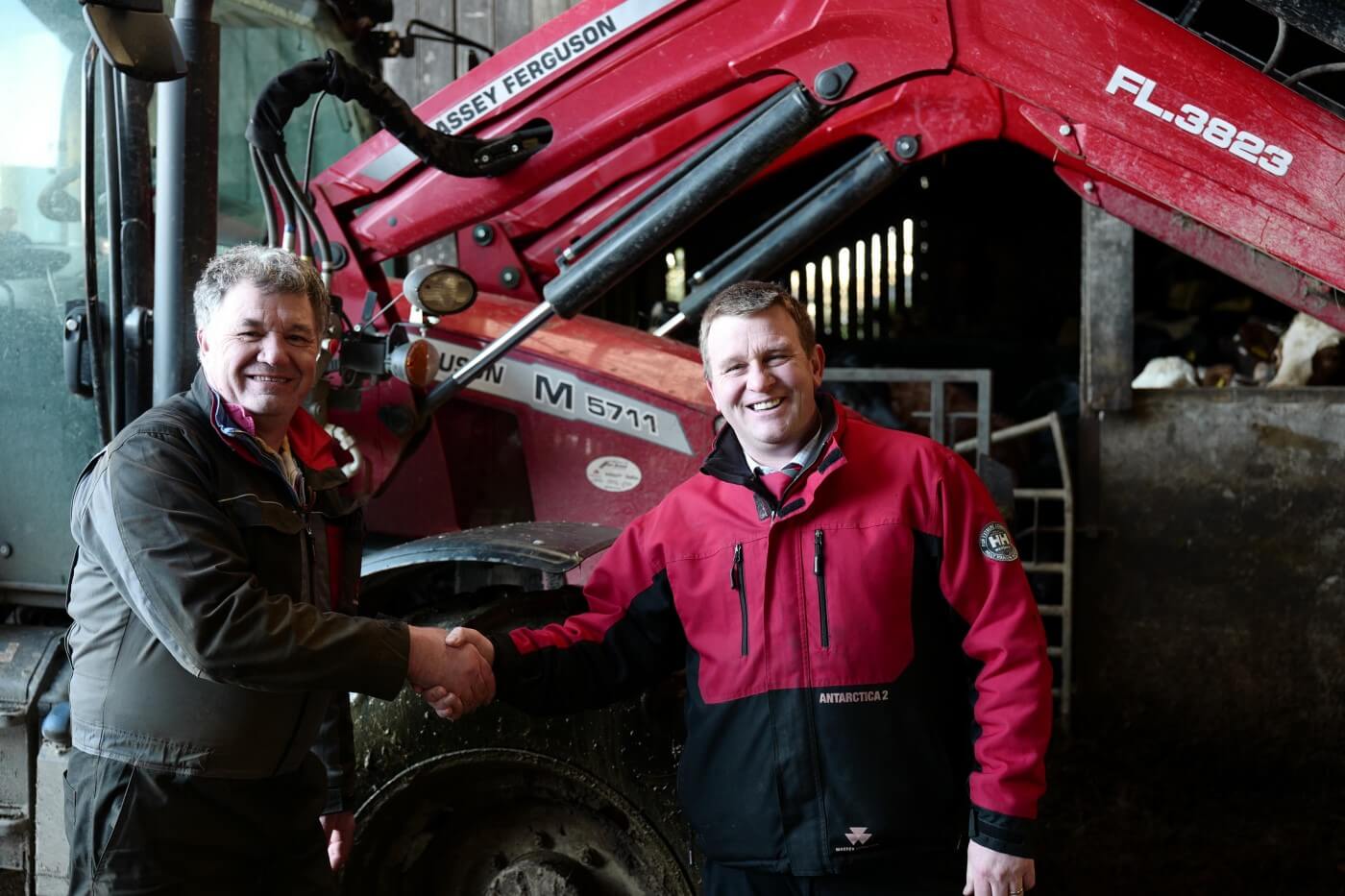