Testimonials
18th February 2021
MF 3708 S TRACTOR SPARKLES IN BRAND-NEW VINEYARD
“What impressed me about the MF 3708 S (Efficient version) were the high levels of specification which came as standard and the amount of add-ons that could be selected to create the right machine for our operations – and all at good value for money,” he says.

November this year will see the corks pop on the first bottles of fizz from one of England’s newest sparkling wine producers.

It will certainly be an emotional moment of celebration for the team at Everflyht in East Sussex and the culmination of five years’ hard graft turning what was once grazing land into a successful vineyard.

Right at the heart of the operation is an 85hp MF 3708 S tractor - selected, specified and driven by Luke Spalding who joined as Vineyard Manager in 2019. “This is the vineyard’s workhorse and handles just about everything.” he says.

Established by Ben and Sam Ellis, Everflyht is located just south of Ditchling in the beautiful South Downs National Park - a hotspot for English sparkling wine production. “There are seven different vineyards within a three mile radius of here,” Luke explains.

The region enjoys one of the warmest and sunniest climates in the UK and benefits from the iconic South Downs free-draining chalk soils. Situated at 74 m above sea level, the Everflyht site has its challenges too, including extreme south-west winds and severe late spring frosts.

“We grow the three classic champagne grape varieties of Pinot Noir, Pinot Meunier and Chardonnay,” says Luke. “2.6ha of vines were planted in 2016 and a further 3.6ha will be added in May this year. The first harvest took place in 2018 from which we made ‘reserve wine’ which is added to future production to enhance structure and body. In 2019, we doubled the harvest to produce 8000 bottles and virtually doubled it again in 2020 with over 15,000 bottles.” 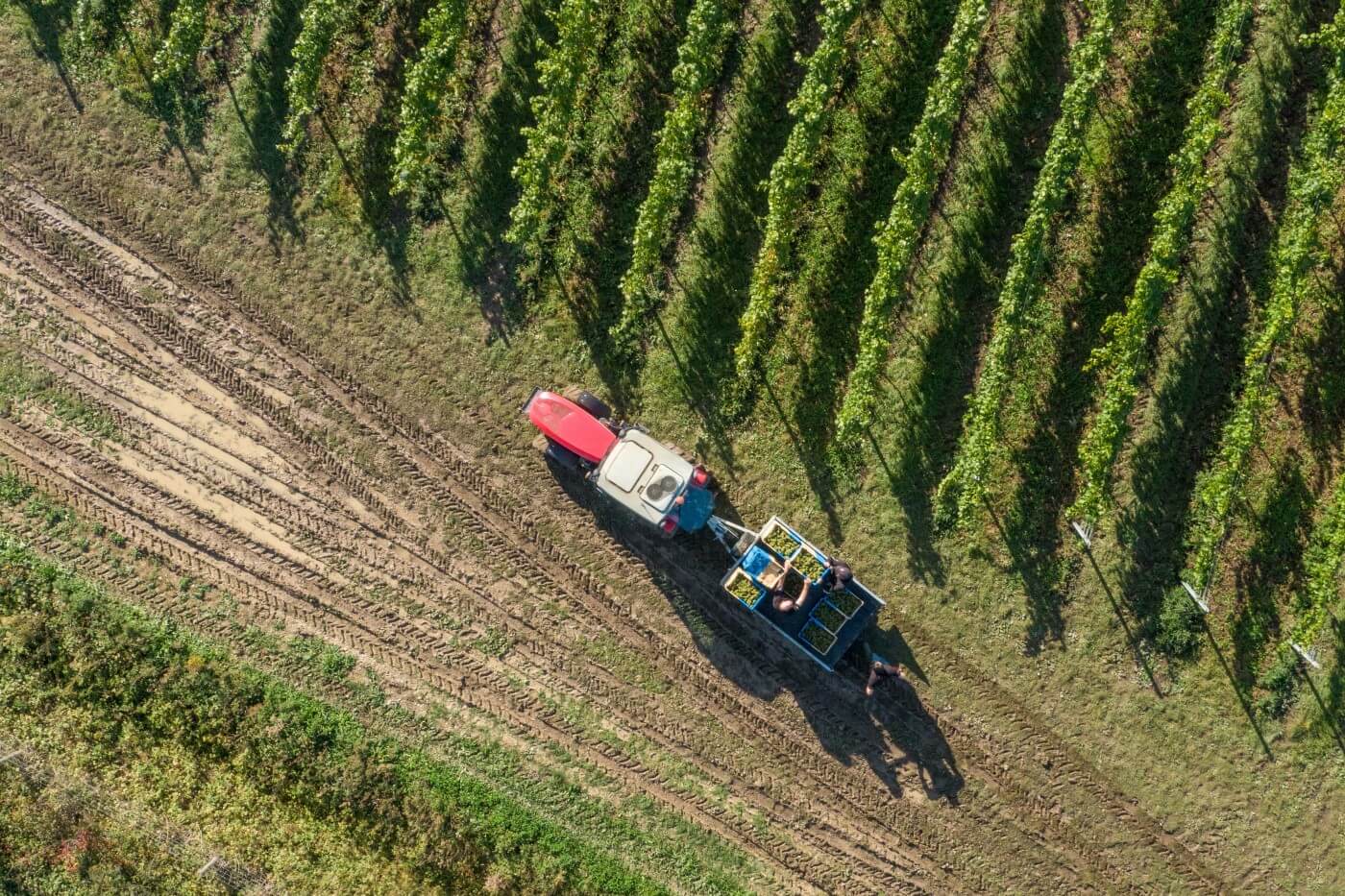 The sparkling wine is aged in the cellar for a minimum of 12 months, hence why the Everflyht bottles will be making their public debut later this year.

The fantastic 2020 yield was achieved despite a late frost in May which affected many vineyards both in this country and in Europe. “We were able to manage this problem by lighting 700 bougies (candles) and placing them amongst the vines to raise the air temperature and protect the plants,” Luke adds. “After that, we had a very good growing season.”

In 2019, Luke was tasked with finding the right tractor for the vineyard that would futureproof the business through its planned expansion.

“Our local MF dealer, Yeowarts were really good throughout the sales process. Salesman, Tom Moon, helped to determine which specification would work best for us and ensure that the tractor would do everything we needed for future use,” he comments. “I’m very pleased with the service they provided and the good finance package we were able to get through AGCO Finance which was especially useful for a new business like ours.”

“What impressed me about the MF 3708 S (Efficient version) were the high levels of specification which came as standard and the amount of add-ons that could be selected to create the right machine for our operations – and all at good value for money,” he says.

The tractor works with a vineyard trimmer, a double boom sprayer, mower, seed drill and trailer.

“We picked the ‘S’ version from the MF 3700 Series range because it’s slightly wider (from 1.3m) than the V version and thus provides the extra traction and stability we need to work on the clay soil of our first 2.6ha planting of vines.”

“We use a lot of mounted equipment and were able to specify plenty of hydraulic spools – four on the front and six on the back,” he continues. “The rear-mounted sprayer has two operational booms that go across both sides of the vine canopy so that we can spray two complete rows in one pass.”

“The Electronic Linkage Control and hydraulic joystick on the tractor make everything so much easier – there are less pedals, less clutches and less levers. When using the sprayer, for example, I can do the job virtually one-handed from the joystick.”

A 24/12 Power Shuttle and Speedshift transmission comes as standard on the Efficient version of the MF 3708 S. The unique hydraulic joystick groups clutch, transmission and implement functions onto one easy control, allowing operators to focus on the implement and the task in progress, with every control conveniently to hand.

The large 74 litre fuel tank enables Luke to keep working for extended periods without refuelling. “On average, across all operations the tractor uses 4.6 to 5.2 litres per hour – I’m very happy with that,” he says.

“When you spend long hours in a very small tractor, the cab must be comfortable. In peak season, I’m on the tractor every day but there’s no fatigue from driving. I also like the safety features such as the automatic PTO cut-out.”

“It’s such an easy tractor to operate which is great for when others have to drive it. I’ve been training one of our apprentices and he’s picked up the controls very quickly.”

“Wine-making is a long process – in fact we will have bought and paid for the tractor before we sell a single bottle of sparkling wine!” he remarks. “We expect to sell the wine locally and from our web site. Customers will be able to place advance orders from July and we’ll also be setting up a Wine Club. Members will receive a number of bottles per year and be able to take private tours of the vineyard starting from next year.”

There’s a lot to look forward to for Everflyht – not least cracking open that first bottle in November. Cheers! 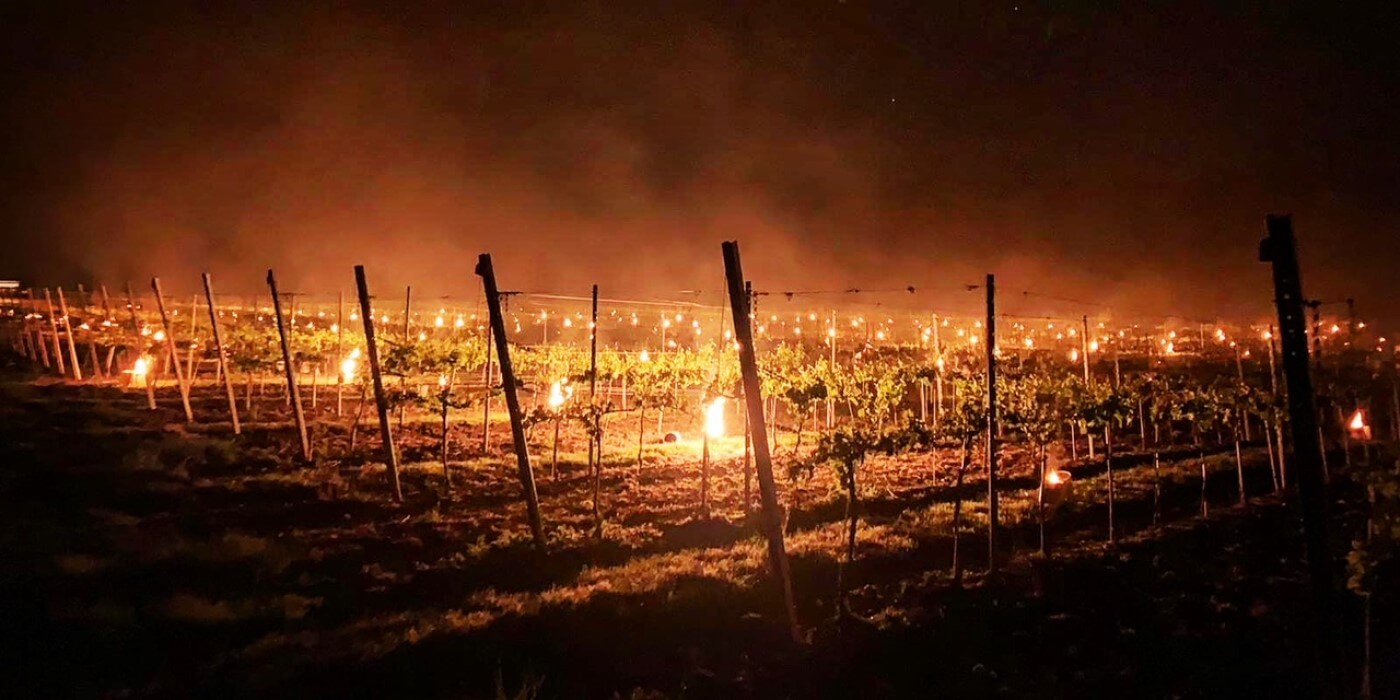