Congratulations to the Watt family of Aberuthven near Perth who won a competition to create a special livery for a Massey Ferguson 8S tractor which took part in the Birmingham Pride Parade at the end of September.

With its dramatic makeover, the MF tractor made a big impact at the famous Pride Parade helping to showcase diversity and inclusion in British farming. The tractor also splashed its rainbow colours on national TV with an appearance on BBC’s The One Show.

The rainbow-inspired Union flag design created by the Watt family from Drumtogle Farm, Aberuthven impressed the judges and sent out a proud and confident message about British farming to the thousands who lined the streets for the huge parade.

Ellen Watt, along with her two young sons, Henry and Angus got busy with their felt-tip pens to come up with a striking, prize-winning design which saw Massey Ferguson’s classic red paintwork replaced with a riot of colour.

“We chose the Watt’s eye-catching design because it really demonstrates ‘pride’ – pride to support the Agrespect movement, pride to farm and pride to back British farming,” comments Lindsay Haddon, Massey Ferguson Advertising and Sales Promotion Manager. “The tractor is a powerful celebration of the diversity of farming and how, as a manufacturer, we’re supporting inclusivity.”

The Watt family run a 200 acre (80 ha) arable enterprise not far from the Gleneagles hotel and golf resort. “The boys did their bit and then left me to complete our final entry,” explains Ellen Watt. “It was important to think about how the design would look from every angle to ensure all the crowd got a good view. The livery is based around the Union flag to represent British farming and the idea was to make it a wee bit more colourful to symbolise Pride – to show that farming is for everyone and that the farming community is open to all.”

“It was a wonderful surprise to hear that we had won the competition,” she adds. “We were over the moon when we saw the tractor wrapped in our livery - it was better than we could have ever imagined.  It was also amazing to see our design when the tractor appeared on TV.” 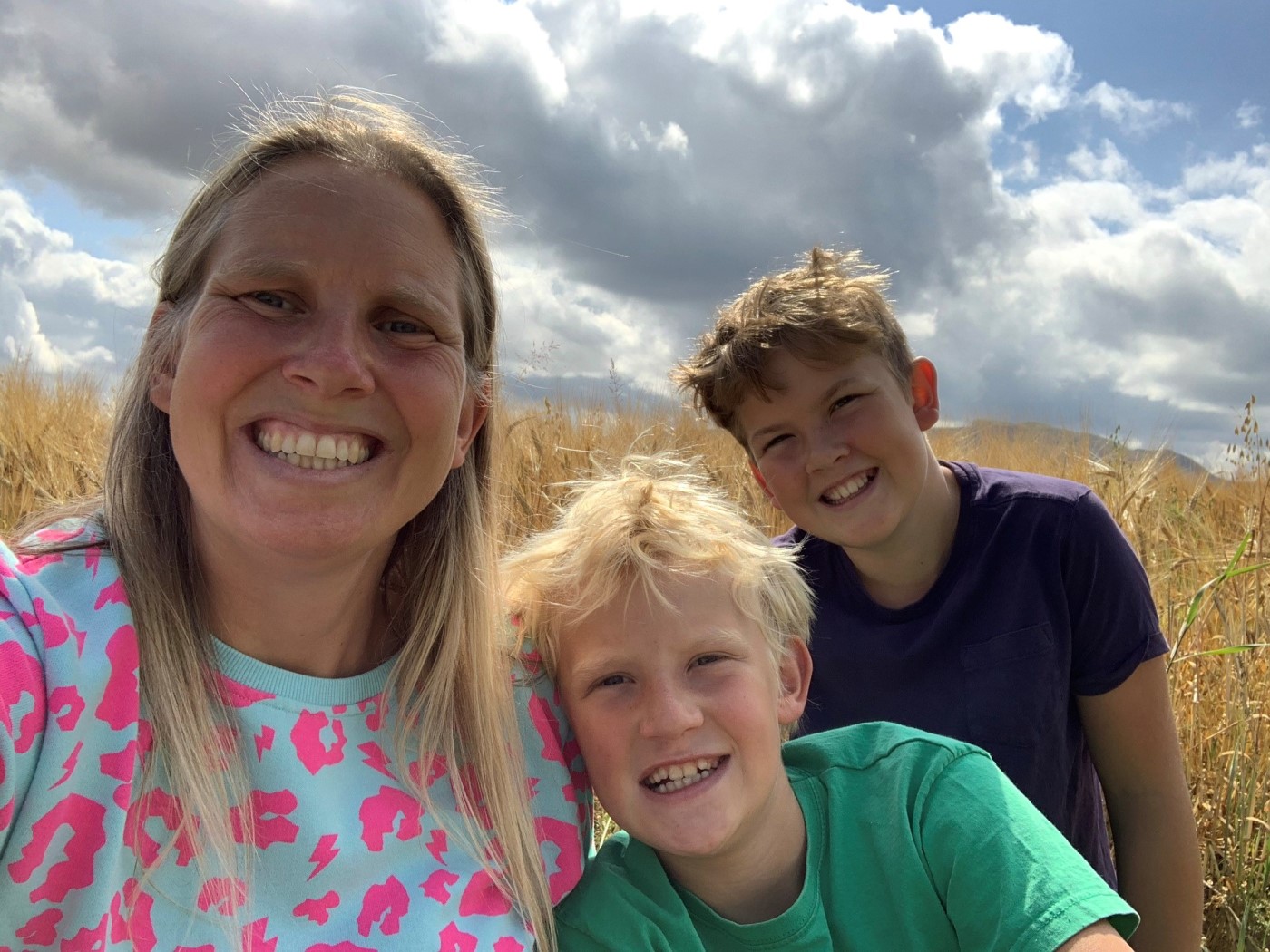 The Watt family won £250 of Massey Ferguson merchandise for their inspirational artwork. They are looking forward to ordering some MF overalls and clothing plus a scale model of a Ferguson TE20 tractor similar to one they have on the farm.

Commenting, Ben Firth from Agrespect, says, “It was great fun to take the farming message to a city like Birmingham - and to a completely new audience too. Everyone loved seeing the tractor. The winning design from the Watt family was a great and subtle way to promote British-grown food.”

Founded in 2018, Agrespect is a network which promotes all forms of diversity, inclusion and equality in the countryside. Fifty Agrespect representatives, who all work in farming, headed to Birmingham to escort the MF tractor through the heart of the City for the Pride Parade which is one of the most important aspects of the Birmingham Pride Festival weekend, attracting more than 75,000 spectators.

“A number of our group were LGBTQ people who had never been to a Pride event before and they all said it helped a lot with their self-confidence,” adds Ben Firth. “We also had two farmers walking with us who have gay children and wanted to show them their love and support.”