With its unique mix of ancient pageantry and 21st century razzmatazz, the Lord Mayor’s Show hit the streets of London in spectacular style this year. In the epic three-mile-long procession, which featured 6,500 people and 133 floats, right at the heart of the action were Massey Ferguson tractors, spearheading the entry from the Worshipful Company of Farmers.

The impressive float saw a mighty 205hp Massey Ferguson 8S.205 tractor take farming to the City alongside a 1952 TEF20 ‘Little Grey Fergie’. Supported by the NFU, Red Tractor Assured Food Standards and Surrey Docks Farm, the Worshipful Company of Farmers’ entry celebrated its 70th anniversary and highlighted the crucial part farmers play in producing the nation’s food and caring for the environment.

The latest award-winning MF 8S, clad in its special purple and platinum livery, and the 1952 vintage Ferguson TEF20 were a perfect pairing to reflect the 70-year heritage of the Worshipful Company of Farmers. Expanding on the theme, a trailer hitched to the MF 8S demonstrated the innovation of the industry over the years and featured a variety of sustainable food produced by UK farmers. 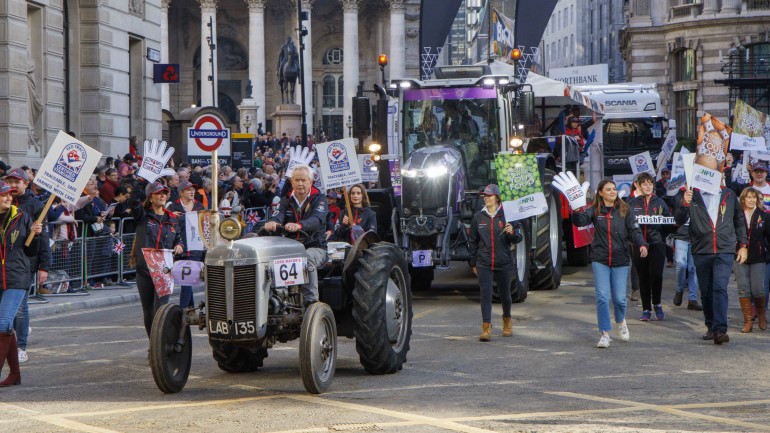 A vintage TEF20 tractor and a state-of-the-art MF 8S helped celebrate 70 years of the Worshipful Company of Farmers at the spectacular Lord Mayor’s Show.

As a souvenir of the remarkable day, the new (and 694th) Lord Mayor of London, Alderman Nicholas Lyons of the Tower Ward, was presented with a scale model of the platinum MF 8S plus a hamper of fresh produce.

“It was brilliant to be part of the fantastic parade once again and to support the Worshipful Company of Farmers’ 70th birthday and celebration of British food production,” says Lindsay Haddon, Massey Ferguson Advertising and Sales Promotion Manager. Lindsay walked alongside the tractors together with colleague Joe Ford, National Sales Manager UK and Eire. At the wheel of the MF 8S was Richard Cox, MF Area Sales Manager, while farmer Peter Drinkwater drove his Fergie. “It was such an amazing atmosphere and a real privilege to help show off the achievements of agriculture and promote the ‘Back British Farming’ campaign,” Lindsay adds. 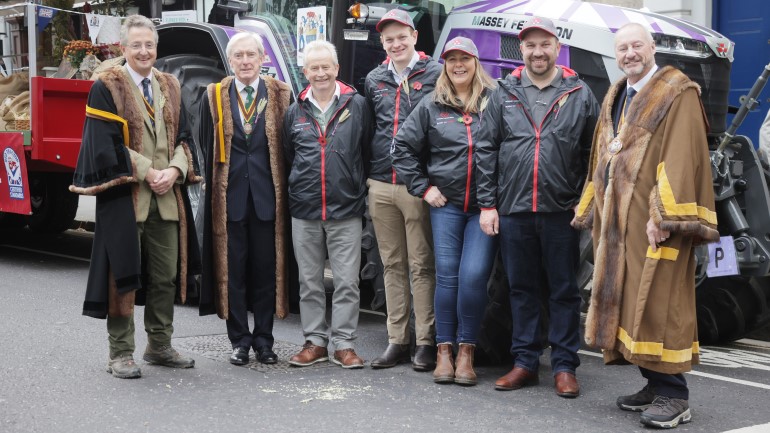 You can catch the Lord Mayor’s show on BBC iPlayer. Look out for the MF tractors about 54 minutes into the programme driving past during an interview with the new Lord Mayor.